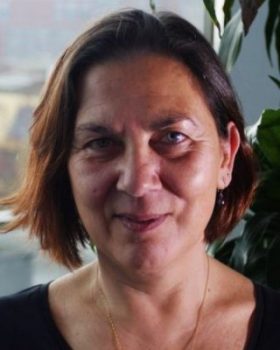 With the advent of American army bases and Hollywood movies in the Philippines, social dancing became a most popular leisure activity among all social classes. With the Philippines’ economic development from the late 1960s onwards, however, men in higher positions tended to
withdraw from the ballrooms and other dance venues to leave their wives to so-called D.I.’s. These dance instructors/ partners for hire were mostly unemployed young men who moved from rural areas and smaller islands to larger cities such as Manila and Cebu City. The relationships between these D.I.’s and well-off women that have been evolving from one dance, one night, on a regular or permanent basis, reveal gender and economic issues with personal and social consequences.

Dr Yolanda van Ede is senior lecturer at the University of Amsterdam’s anthropology department. After her PhD research on a Tibetan Buddhist nunnery in Nepal, she directed her interest in women and oral tradition towards her passion for dance. With years of ballroom dancing and flamenco experience, she first conducted fieldwork in Seville and Tokyo on Japanese women and flamenco, then on the dance halls of Manila. She also published on ritual and performance, the anthropology of the senses, skill and methodology.