Pamela Cotter is an ethnomusicologist, dancer and choreographer, from Montreal, Quebec, Canada. She is a graduate of the BA in Irish Music and Dance at the University of Limerick (2010) and the MA in Ethnomusicology at University College Cork (2011). She is currently working on a research PhD at the University of Limerick and lectures on the undergraduate programmes at the Irish World Academy. Pamela is also Director of the Blas International Summer School of Irish Traditional Music and Dance, and a qualified Irish dancing teacher (T.C.R.G.) with An Coimisiún Le Rincí Gaelacha. 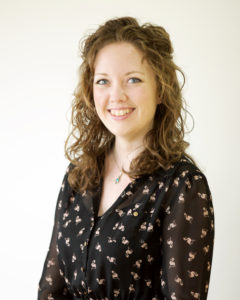 Kelsey Schuhle, from New York, was a competitive Irish dancer for 17 years under An Coimisiun le Rinci Gaelacha. Kelsey moved to Limerick in 2011 to study Irish Music and Dance at the Irish World Academy of Music & Dance (University of Limerick). In 2015 she graduated with a BA, and in 2017 received her Masters Degree in Traditional Irish Dance Performance (Irish World Academy, UL). Kelsey has had the privilege of touring with Rhythm of the Dance (2017 UK Tour), and Dublin Irish Dance (2018 USA Tour). Along with this, she has worked with countless incredible dancers such as Brendan de Gallaí, Colin Dunne, Nic Gareiss, and more. Not only does Kelsey perform and teach regularly, she also choreographs all her own material, and has studied over 10 different genres of dance in her time at the Irish World Academy. Most recently Kelsey has been performing and/or conducting workshops globally, in countries such as Mexico, Serbia, Lithuania, Monaco, France, and more. Kelsey is currently collaborating with The Gregory Walkers, blending the styles of Irish Traditional Dance and Early Music (Renaissance & Baroque). Kelsey has been a dance tutor/lecturer at the Irish World Academy since 2015, teaching BA and MA students. She is studying to receive her PhD in Arts Practice at the Irish World Academy, concentrating on stillness/silence in her practice as a percussive dancer. www.kelseyjeanschuhle.com 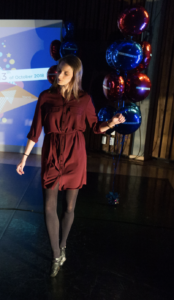 As a dance artist and choreographer, Kristyn Fontanella holds a BFA with high honours in Theatre and Dance from CCSU and an MA in Contemporary Dance Performance from the University of Limerick. Kristyn has toured the world with many prestigious dance shows including: Riverdance, Lord of the Dance and performed lead female role in Gaelforce Dance. Her current choreographic works focus on her past knowledge of Irish step dancing and presents it in a contemporary context. Kristyn’s latest ensemble work, IN LiMBO has been supported by the Irish Arts Council and will tour Ireland in February 2020. Her current mission is to show another side of the complex world of Irish Step dancing to future generations of dancers.     www.kristynfontanella.com 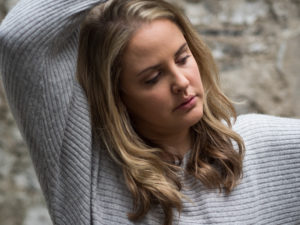