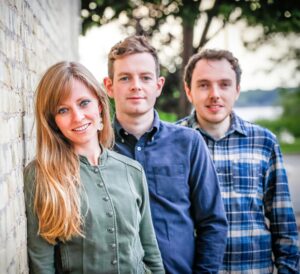 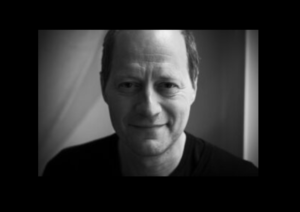 Sven Ahlbäck is a musician, composer, researcher and professor of Folk music at Kungl Musikhögskolan in Stockholm (KMH), Sweden. Sven is one of Swedens more influential fiddle players today. He learned traditional fiddle playing in an early age from master fiddler Anton Jernberg, an archaic style including micro-interval intonation, which still is the nucleus of his repertoire. He is featured on numerous phonograms since the 1970s and has toured extensively internationally, collaborating with Swedish folk-musicians and has been influential in the development of new folk music in groups in Sweden. Also, his work together with the famous Finnish accordionist Maria Kalaniemi has received substantial acclaim. As a composer he has been collaborating with Swedish composer Karin Rehnqvist among others.

Sven has also made ground-breaking work within folk music research in Sweden, on tonality, rhythm and other stylistic aspects of the music. Since the 1980s his research has been foremost within music cognition and computational musicology/MIR and his PhD thesis “Melody Beyond Notes” (2004) presents a model of cross-cultural cognition of melody.

He is Sweden’s first professor in Folk music on both artistic and scientific merits, has directed and developed the folk music dept. at KMH since the 1990s and is a member of the Royal Swedish Academy of Music. He is a long-term lecturer and supervisor of Artistic research at KMH. He has also founded the company DoReMIR Music Research and has released the ground-breaking notation software ScoreCloud.

Sven received the highest award by the Swedish Royal Academy of Music 2019 for his extraordinary and ground-breaking work for the benefit of music. 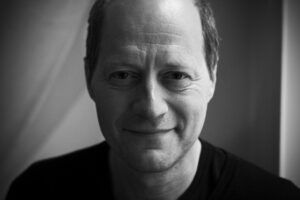 “We hear what we know” - On the power of concepts and how traditional fiddle music in contemporary society can benefit from folk music theory.

Swedish fiddle music, just as many other fiddle traditions, has a strong connection to dance,  Making people want to move their feet is one of the chief tasks of the fiddler, and this connection still influences the music today, even though the music might be played on concert stages or be digitally streamed.

So what constitutes this knowledge of the fiddler? What is important when playing a certain local style of Swedish polska so people actually can dance to it?

If you live in an isolated community with no contact with the outside world you might not have to reflect on what is the stylistic features of your tradition but  today folk music generally lives in a multi-stylistic world where different value systems that originate from other music traditions than fiddle music dominates.   Today’s fiddlers will have to relate to today’s world of music, whether we want it or not.

In Sweden, since the 19th century, there has been a tradition of mystifying the knowledge of the fiddler, making the competence of playing a matter of socio-cultural background,  geography and ancestry.  The perils of this view are that the qualities of the  art of fiddling might be obscured and  actually might be lost when music transforms – as music always does.

In this presentation I will talk about how conceptualising stylistic qualities of Swedish fiddle music such as asymmetrical beats, swing, bowing and intonation have influenced the development of today’s Swedish folk music, even beyond the fiddle.

Rhiannon Giddens and The Unthanks